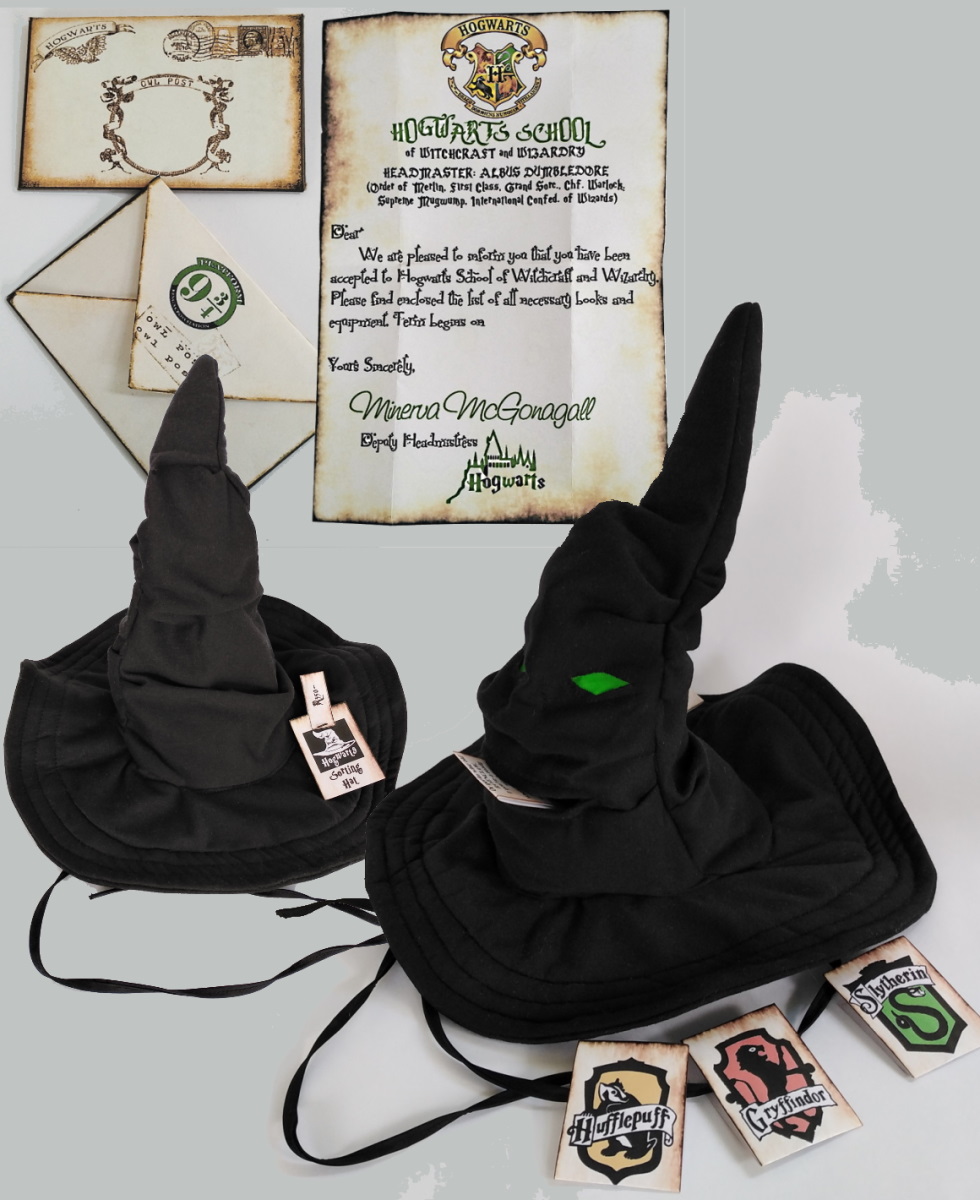 These hats have a pocket behind the mouth that holds the Hogwarts House cards. A child wears the hat and reaches into the pocket to select a card without seeing which is being chosen.

This design required ties because the top of the hat is stuffed so that no wires were used. Wires are not baby-safe and can poke through the fabric with washing, (similar to a bra underwiring). Another advantage of the ties is that one size fits all!

The stuffing allowed me to create the nose, and voila, a talking sorting hat.

I include a letter of acceptance to Hogwarts School with each hat which can be used as a party invitation.